Held every year during Easter the Australian Sikh Games are a representation of the Sikh Community’s competitive spirit and forms an integral  part of the community’s social calendar. These Games embody family values and incorporates the fundamentals of multiculturalism. Although for logistic reasons the Games are held to bring together the Sikh fraternity

The core games played for are Hockey, Soccer, Netball, Volleyball, cricket and Golf. Kabadi, a cultural game of the Sikhs, which draws a very large crowd always, is the most popular game of the community. Also held will be tennis, wrestling and athletics. These are competed by interstate Clubs from Australia and teams from Malaysia, New Zealand, Singapore, Indonesia, Hong Kong, UK and Canada. each year, the carnival atmosphere is there for all to enjoy.

Melbourne has had the opportunity to hold these Games on 5 occasions. The first 3 Games held in Melbourne were held at the Royal Parade Grounds (what is now the State Hockey and Netball Centre). The last two Games were held at Monash University (last held in 2007).

The Premier, Governor and possibly the Prime Minister (or a representative of the Federal Government) will be expected to attend. They will be other strong representation from the local multicultural groups. 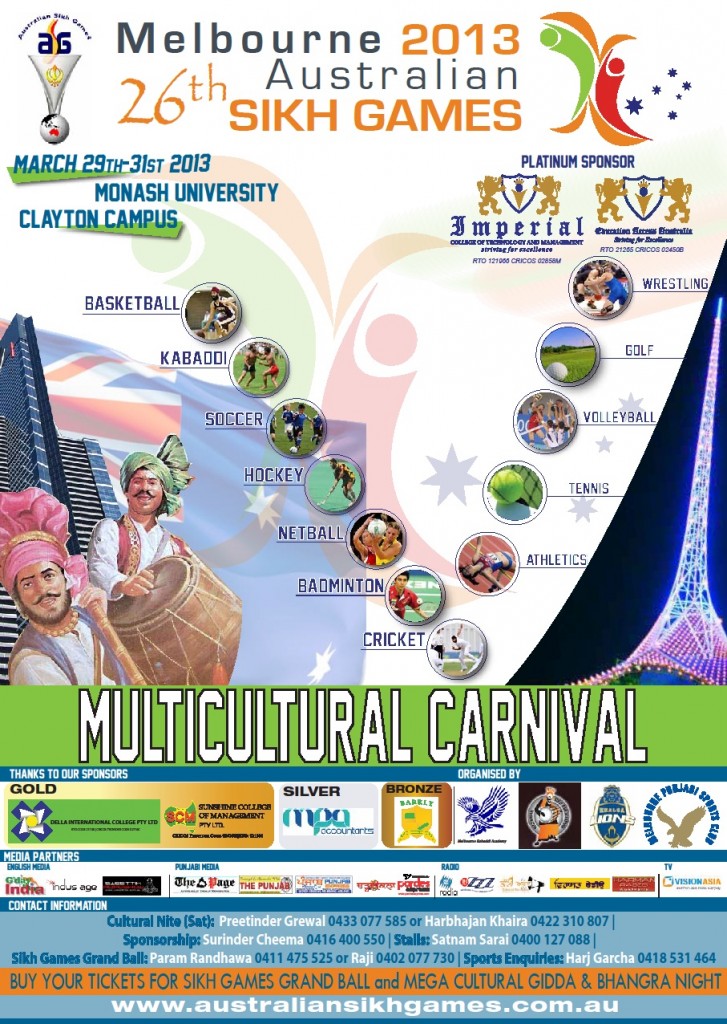 Download (PDF) Version of Maps for Events and Parking during 2013 Australian Sikh Games at Monash. 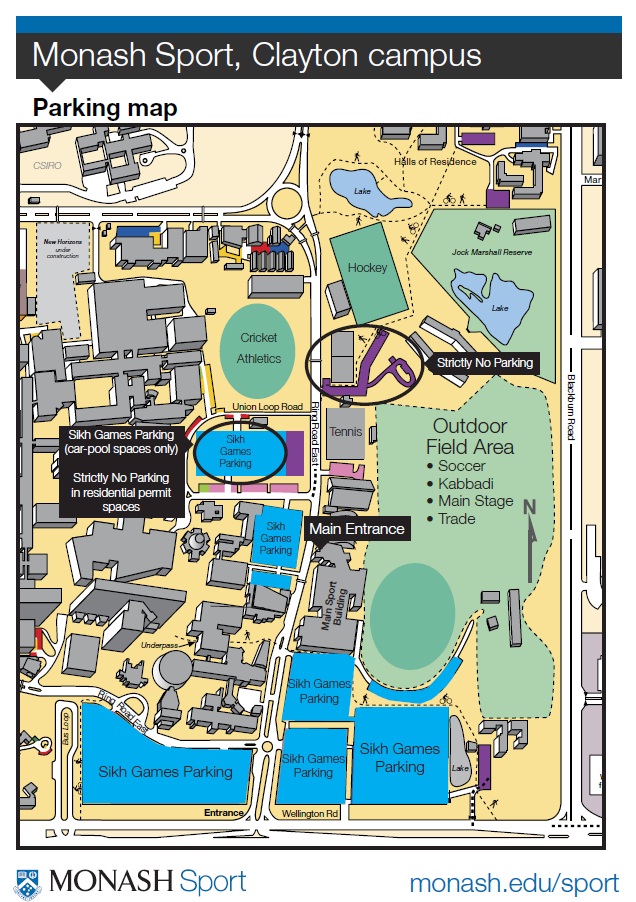 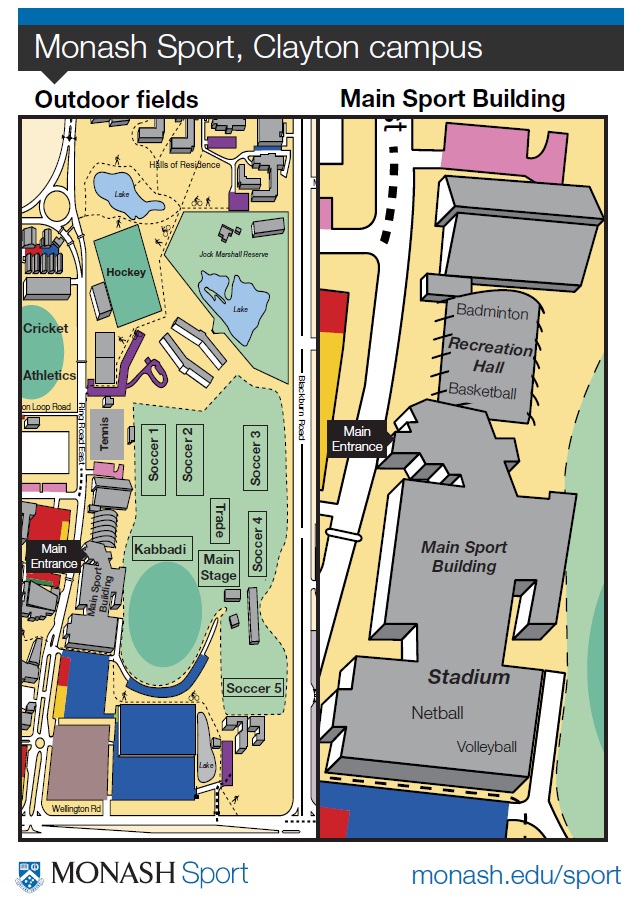