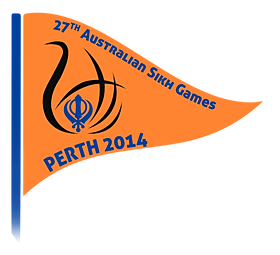 At that time there were no more than a dozen Sikhs in Perth and they realized a need for an organization that would co-ordinate and cater for these needs and for the students who were studying in Perth universities. Initially, they used to get-together once a month at each other homes to hold religious ceremonies and social functions. With time, the membership grew and religious ceremonies were moved to community halls. The WA Migrant Center, Maylands Community Hall and Australia-Asian Association’s hall were common venues for these events.

Since its incorporation, SAWA has had a dream to find a permanent home and in 1985 this dream came true when SAWA purchased a small church in Kensington. At that time there were less than 50 families and the place was ideal for the size of the Sikh community. Before long we found ourselves being squeezed for space. It did not take us long to realize that we needed move to a bigger and better facility

In 1996, the SAWA Executive Committee proposed setting up a separate committee to be named as the Land and Building Committee. The aim of this committee was to acquire and develop facilities for a broader Sikh base in Perth .

In 1997, the Land and Building Committee purchased 5 acres of property at Canning Vale and had it successfully zoned for a ‘place of worship’ and community use.

The total cost of this project to date is close to $1.7 million. Most of this was raised through donations from Sikh communityies inWestern Australia , Interstate and overseas. Donations are most welcome at anytime. Please post your cheque to SAWA and an official receipt will be issued (tax deductable in Australia ).

The new Gurudwara caters for the needs of over 500 families of Sikh community.
SAWA has appointed Giani Bhai Anoop Singh to look after the premises of the Gurudwara in Canning Vale.